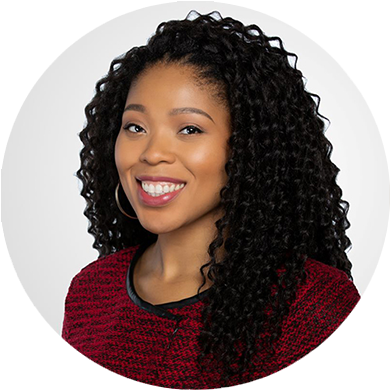 Monique Carswell is no stranger to hard work and perseverance. A graduate of the University of Illinois at Urbana-Champaign, her passion and dedication are reflected in Monique’s many accomplishments that demonstrate her executive leadership, community advocacy and international flair. With nearly two decades of experience encompassing a combination of philanthropy, marketing communications, strategic planning and program implementation, partnerships, nonprofit management, community relations, and social innovation, Monique has proven herself to be a leader within both the corporate and cause arenas.

Monique is currently with Walmart serving as Director, Center for Racial Equity, Walmart.org, where she is responsible for helping steer their commitment to change within the organization and finding ways to leverage Walmart’s business and influence to shape systems extending beyond the company. She originally joined Walmart.org as the lead for customer and associate engagement. In her time managing community giving and volunteerism, Monique was able to institute online charitable round up at checkout for customers, virtual volunteering for associates, and national donation matching campaigns for both associates and customers at scale. Prior to Walmart, Monique was Director of Sustainability & Corporate Social Responsibility at Comcast NBCUniversal where she was responsible for ideating and developing innovative programs to solve social issues in communities nationwide, inclusive of leading NBCUniversal’s Emmy Award-winning public service campaign The More You Know and the company’s sustainability program, Green is Universal.

Earlier in Monique’s career she oversaw national and diversity outreach at Teach For America (TFA). As Managing Director at TFA, she was able to strengthen the organization’s brand and community initiatives by leading compelling campaigns and   outreach programs that drove awareness and activated key audiences, in addition to keeping corporate donors and celebrity ambassadors engaged. Prior to TFA, at Black Enterprise Monique served as Director of Marketing & Strategic Partnerships overseeing marketing and audience development for the print magazine, two TV shows, and multiple revenue-generating events. Monique also advised others through her own agency, Myles Ahead Consulting, and as an adjunct professor in business programs at both Fordham University and New York University (NYU). Monique first honed her skills managing clients, national field teams, and campaigns for CosmoGIRL! magazine at Hearst Corporation, where her love affair with leveraging media and platforms for good first began.

Monique has addressed many audiences, sharing her expertise and facilitation skills with hundreds of executives, entrepreneurs, and community leaders. She has been a featured speaker on the official programs at both South by Southwest (SXSW) and the Consumer Electronics Show (CES). She has also been touted by The Network Journal, broadcasted on C-Span, and appeared on several radio programs and podcasts. Monique is a current Association of Black Foundation Executives (ABFE) fellow, was an America’s Leaders of Change fellow through the renowned National Urban Fellows program, featured as “New Yorker of the Week” by the New York Amsterdam News, named an NV Magazine Mover & Shaker, a Woman of Influence by New York Business Journal and Council of Urban Professionals’ CUP Catalyst awardee in media. An avid global citizen, Monique was selected for a 2019 U.S. State Department delegation to Argentina with the American Council of Young Political Leaders (ACYPL) and was invited to travel to Israel as part of an American Israel Education Foundation (AIEF) delegation of Northeast leaders. She has also performed mission work in South Africa, studied the immigrant experience in France, and chaperoned youth on an educational tour throughout China.

Monique is overly committed to giving back. She was the founding Director of the Leadership Council for WorldofMoney.org, a nonprofit that teaches kids financial literacy, a founding officer of the New York Urban League Young Professionals, and a former youth advisor and officer of the Mid-Manhattan Branch of the NAACP. She has also held several elected and appointed offices within her local Delta Sigma Theta Sorority, Inc. chapters. Monique currently serves on the board of directors for the Symphony of Northwest Arkansas (SoNA), EarthShare, Asset Funders Network, National Black Empowerment Council, and Howard University’s Board of Visitors for the School of Education, and is a leader within Walmart’s Black and African American Associate Resource Group. For her good deeds, Monique has been recognized by Brown Memorial Baptist Church (Brooklyn, NY) and is a recipient of the NANBPWC, Inc.’s. Distinguished Woman Award and Toyota’s Green Initiative Award.