So why is HHM celebrated across two calendar months? Because several Central and South American countries declared their independence around this time. Independence Day for Costa Rica, El Salvador, Honduras, Nicaragua, and Guatemala falls on September 15. Additionally, Mexico and Chile celebrate their Independence Days on September 16 and 18, respectively. Finally, El Día de la Raza (Mexico), El Día de la Hispanidad (Spain), and Día de la Resistencia Indígena (Venezuela) are celebrated globally on October 12 to commemorate the Hispanic race and heritage. Rather than celebrate Columbus Day, the Latinx community has begun to reclaim the holiday to honor the lives lost during colonization and celebrate indigenous cultures and traditions lost during European colonization.

How can we commemorate and honor the many contributions the Hispanic community has made in the U.S.?

The Hispanic Society of America offers events and activities, and many of them are virtual
Read books by Hispanic or Latinx authors
Watch movies featuring Hispanic and Latino culture
Volunteer in the Hispanic community – the Hispanic Chamber offers opportunities around the country

What are ACCP member companies doing to commemorate HHM?

We know many of our member companies have employee resource groups (ERGs) specifically for employees of Hispanic descent, like Avery Dennison, who launched their Voz Latina ERG in 2021.

Northrop Grumman is sponsoring the Hermanas in STEM event for Latina Engineer Week on October 13.

Coca-Cola Company and Sherwin Williams have partnered with The Hispanic Association of Colleges and Universities to offer scholarships for college and university students.

Conagra Brands was named among the 50 Best Companies for Latinas to Work in the U.S. by LATINA Style.

Other important information and resources:

According to the 2021 Hispanic Association on Corporate Responsibility’s Hispanic Inclusion Index (CII) – released September 14 – Hispanic inclusion in corporate America stalled or even regressed during 2020.

View funding trends in the Latinx community at LATINXFunders.

We applaud the many ACCP member companies working to celebrate the Hispanic community this month and every month. 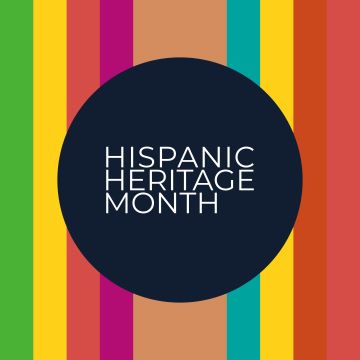