One year later: What’s changed since George Floyd’s murder and what hasn’t?

One year ago, the entire nation watched the unfolding of cruelty and disregard that ended the life of George Floyd. The unconcealed, shameless abuse of power by law enforcement demanded a national reckoning with racial injustice in every corner of American life, including business. Many companies understood that they quickly had to take a stand and made public statements and commitments to address structural racism in society, the community, and their businesses. The commitments frequently involved pledges to increase workplace diversity and salary equity. They also included a collective ~$2 billion in funds to invest in Black communities and businesses, reform criminal justice, end police brutality, and increase opportunities in education and job training for people of color.

One year later, what has changed in corporate America, and what still needs to change? From my perspective as the CEO of ACCP, and with a bird’s eye view of 200+ leading purpose-driven companies, mechanisms are being put into place to facilitate change. But meaningful and measurable change will take both a sustained commitment to action, and time.

Business Ownership of the Problem– A May 2021 report reveals that business leaders have a deeper awareness of “shared complicity” in perpetuating inequities and a greater commitment to listen and learn. They share a desire to make change but recognize that they have much to learn. CEOs and other leaders interviewed emphasized that “they were personally shaken by the overlapping tragedies that laid bare the poisonous interconnectedness of racial, economic, and social inequities.”

While their leaders are listening and learning, companies are actively responding to their employees’ increasing demand for change in exchange for their loyalty and retention. At ACCP, we see this playing out many ways, including an increased influence of and reliance on corporate employee resource groups (ERGs), programs aimed at engaging employees in reflection and dialogue about the history and current state of structural racism, and other mechanisms for listening and responding with empathy to BIPOC employees and their white allies. ACCP member Comcast NBCUniversal broadcasted Ibram Kendi’s How to Be an Antiracist to its entire staff, while fellow member Starbucks pledged $1 million to organizations nominated by employees promoting racial equity.

Companies are recognizing that they need more comprehensive and sophisticated Diversity, Equity and Inclusion strategies to move the needle on their pledges. Jobs in diversity, inclusion, and belonging have risen 123% since May 2020 and some companies are signaling the prominence of DEI by creating a direct reporting line to the CEO instead of housing it in HR.

Change isn’t possible without accepting the problem and these are all good signs pointing to a more deliberate approach to transformation. However, corporate leaders and employees realize this is a systemic and deep-seeded problem that requires introspection and enduring, long-term action.

External Accountability – Businesses are being pressured by investors, employees, consumers, and the media who are calling for disclosures on the status and impact of their DEI initiatives. Organizations such as Just Capital are holding companies publicly accountable through tools like the Corporate Racial Equity Tracker, which rates and ranks companies on dimensions of racial equity such as their anti-discrimination policies, pay equity, diversity data, and community investments. Business media including Forbes and the Financial Times are regularly reporting on the fulfillment of corporate pledges to Black communities, and companies have realized the consequence of their DEI data on their ESG performance. When companies are held publicly accountable for progress against specific measures, they will continue to push for results.

Community and Social Commitments – Companies in all sectors publicly pledged $2 billion to the effort, with 80 percent of companies advancing racial equity with cash commitments.  Many of ACCP’s member companies are leading the charge. Walmart founded a Center for Racial Equity and has pledged to donate $100 million to nonprofit groups over five years. The Coca-Cola Company launched Together We Must in June 2020, with commitments to listen, lead, invest, and advocate for social justice and $2.5 million in grants from the Coca-Cola Foundation. Salesforce stood up a Racial Equality and Justice Taskforce with a goal of investing $200M and 1M volunteer hours over the next 5 years. And gaming company Electronic Arts committed $1 million to fund the racial equity movement.

Beyond big gifts, many companies are changing the way they support nonprofits by applying a racial equity lens to their grantmaking. According to an ACCP/Rocket Social Impact Survey fielded in April of 2021, 43% of respondents indicated their company has increased funding in the racial equity movement and 61% are adding an equity lens to existing funding initiatives in all issue areas.

For example, health care companies are now focusing on health equity outcomes, while companies in the food industry are more precisely addressing the disproportionate gaps in food security experienced by people of color. Adding an equity lens also requires that companies include and value the voices of those with lived experience in their decision-making and consider the representation of people of color among nonprofit leaders, staff, and boards of the nonprofits they fund.

A Fear of Failure – Even as CEO awareness around the issue grows, the May 2021 Just Cause survey also found many in the c-suite fear making mistakes moving forward and a worry over saying or doing the wrong thing is holding them back. Many leaders are hesitating to take that first step, waiting to see how others are responding. And political divisions are creating concerns about alienating a potential portion of their consumers if they speak up. Change requires that corporate leaders lean into their discomfort – the risk of not acting is too big1.

Lack of Clarity Around Data –The increased spotlight on diversity demands that companies apply an equity lens when considering their internal data about employees, customers, and suppliers. To do so, they must redefine their measures and their approaches to gathering and analyzing data. Some companies are still grappling with transparency and are hesitant to publicly report on the rate of progress of their efforts and to acknowledge the work yet to be done. The need for greater equity has changed measures of corporate community impact, requiring disaggregated demographic data to identify gaps and more effectively address racial and ethnic disparities.

Responding to Tragedy – A recent Porter Novelli study indicates that 69% of individuals surveyed say it shouldn’t take a massive tragedy for a company to care about social justice issues. The recent AAPI tragedy is an example of a wakeup call – companies made statements of support and commitments to AAPI groups, while likely jostling budgets to respond to the urgency with substantive contributions. While it is heartening to see the response, companies must address equity more broadly and proactively with increased funding and a comprehensive strategy. Otherwise, they will continue to be surprised when the next injustice is directed to a marginalized community.

Diversity, Inclusion, and Equity in the Executive Ranks – Despite the ongoing racial reckoning in the U.S., the c-suite remains predominantly white. Only 1 percent of Fortune 500 companies have a Black CEO, only 8 percent of major public companies have Black board members, and a whopping 30 percent of S&P 500 companies still do not have any Black directors (Korn Ferry Insights, DEI). As Black and Brown CEOs retire, their successors are too often white, leading to progress that is one step forward and one step back. Lasting change will occur by hiring people of color throughout the ranks and investing in their development, promotion, and mobility.

Sustained corporate change is not easy, but it is possible. Making progress towards an equitable future requires acknowledgement, alignment, commitment, and perhaps most importantly, bravery. It is the only way corporations can achieve and contribute to meaningful and lasting change.

1 Corporate Insights into the CEO Blueprint for Racial Equity

Carolyn Berkowitz is the President and CEO of the Association of Corporate Citizenship Professionals (ACCP). Carolyn is also a nationally recognized corporate social impact leader who has guided non-profits, foundations, and Fortune 500 companies to solve for complex social issues and realize their greatest impact. 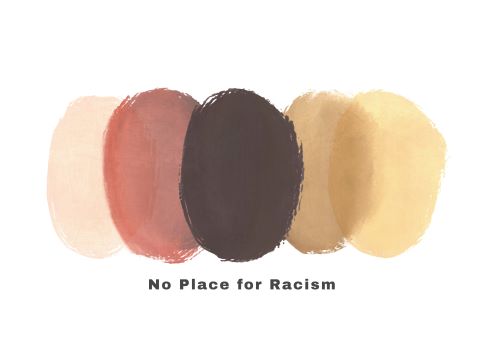