Corporations and Pride All Year

Each June members of the LGBTQIA+ community celebrate Pride Month, which recognizes the history and future of the queer fight for recognition, rights, and equality. The roots of Pride Month stem from the Stonewall Riots on June 28, 1969, where the New York queer community held demonstrations after a violent police raid at the Stonewall Inn, a gay bar. This raid and the subsequent demonstrations led to the Gay Liberation Movement, and the fight for equal marriage and equality. The month is celebrated with community events, advocacy, and of course, pride parades.

In the last 10 years, more and more corporations have participated in parades, employees marching in rainbow-logoed t-shirts. The representation of corporations in pride reassures attendees that the company is open about their support for employees and the community, is a safe place for out queer people to apply and work and could even put pressure on governments to prioritize the queer agenda. It is a wonderful way to engage a company’s LGBTQIA+ ERG, connecting co-workers with those in their community.

However, in the last few years the LGBTQIA+ community has more closely examined which organizations are welcome to march in parades. This year, the New York pride parade has banned police organizations from marching through 2025, citing the original Stonewall Riots and the continued police bias against LGBTQIA+ people. The move is incredibly controversial, even within the queer community.

The debate extends to corporations as well, as many people view companies using parades and rainbow-washing as a chance to monetize Pride Month. There is a concern of a clash of values; Pride Month is a political and social movement toward equality within the community, rather than through a corporation. In 2019, the controversy even led to an alternative pride parade, the Queer Liberation March, in New York, where corporations were banned.

Queer consumers are incredibly loyal to brands that demonstrate support year-round, and incredibly disloyal to companies that only “support” the movement during Pride Month. To ensure a company’s values are in line with LGBTQIA+ values, it is important to clearly communicate a year-round support directly to the community. Through a queer lens, consider where donations and grants are going to, re-consider volunteer programs such as blood drives, and communicate changes to policy and support to employees, stakeholders, and local queer organizations. Creating real change and getting the word out all year round is key to positively impacting the LGBTQIA+ community and creating trust. 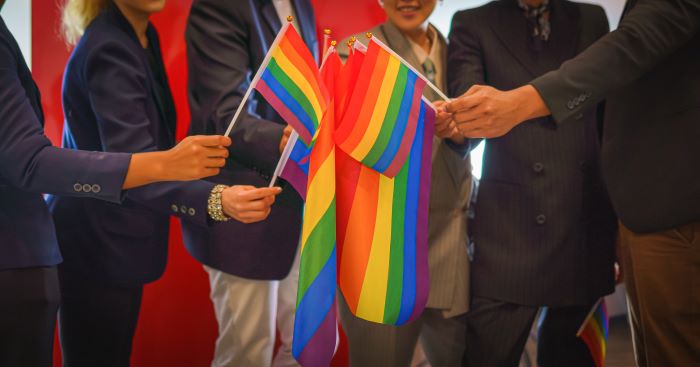