How Company Leaders Can Empower LGBTQ and Black ERGs During June

Employee Resource Groups (ERGs) are a major part of many companies’ diversity, equity, and inclusion initiatives. Traditionally underrepresented employees find community in what might otherwise be an isolating workplace environment, and all staff members benefit from heightened cultural sensitivity and awareness. The month of June is particularly significant for ERGs, as it marks both Pride Month and Juneteenth.

LGBTQ Pride is celebrated throughout the entire month of June in honor of the Gay Liberation Movement and, more specifically, to commemorate the 1969 Stonewall Riots (more on that later). Juneteenth, celebrated annually on June 19th, recognizes the end of slavery for African Americans in the United States, and it was declared a federal holiday (finally!) in 2021.

At the intersection of these June celebrations are the enduring legacies of Black trans women and other trans women of color who are largely credited with leading the six-day uprising at New York’s Stonewall Inn, which began on June 28th, 1969. That both celebrations fall in the same month is a testament to Black queer existence and a challenge to all to recognize and celebrate the inherent intersectionality of Blackness.

Here’s Where ERGs (and you) Come In

It’s easy for company leaders to view the establishment of ERGs as the extent to which they can serve their underrepresented or minority employees; however, it’s what leaders do after these groups are established that matters. Here are three ways company leaders can support ERGs in celebration of Pride and Juneteenth:

Put your money where your mouth is.

This one speaks for itself. Your LGBTQ and Black ERGs likely have significant plans for internal and external celebrations and other events, probably year-round but definitely during June. As a leader within your company, you should encourage these groups to plan celebratory and informational events on the company’s dime. This shows that the company’s commitment to these groups goes beyond performativity — that you truly recognize that the celebration of their traditions and culture is a priority, not just a “nice to have.”
Speak with ERG leaders about anticipated needs and necessary changes to their budget.

LGBTQ Pride and Black liberation affect more than just the named parties, and everybody at your company has a responsibility to be informed on the issues that matter. While the onus should not lie exclusively on ERG members to educate other employees, they may very well like to share parts of their culture and history with the rest of the team.
There are many ways to go about this. If your LGBTQ and/or Black ERGs decide to host company-wide events, encourage other employees to participate (you, as a leader, should also participate). Consider using the last few minutes of company-wide meetings to highlight prominent players in LGBTQ history or to educate employees about the cultural significance of Juneteenth. Lastly, and this should go without saying: make Juneteenth a paid holiday. Encourage all employees to use this day off to engage with, learn about, and uplift Black culture. Steps like these not only reinforce your commitment to underrepresented groups but also foster cultural awareness in the broader workplace.

This is perhaps the essential way company leaders can support their LGBTQ and Black ERGs during June. Though celebrations and seminars are great, they mean nothing without an internal policy that ensures equity and inclusion for these groups.
It’s imperative that you listen when your ERGs come to you with issues they may be facing in the workplace. Consider asking to meet with members of these ERGs in June to find out how you might champion their needs among other leaders. Then, do it.

June is a meaningful month for your LGBTQ and Black employees, and you as a company leader should be intentional about uplifting and empowering them not just now but every month.
If you’re looking for help on this front, Chezie can help. Connect with Chezie today to take your Employee Resource Groups from intent to impact. 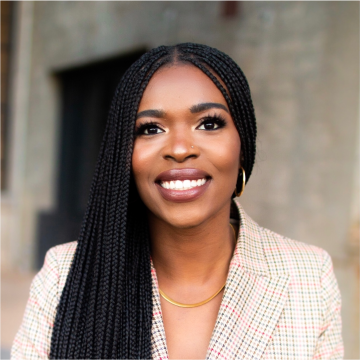