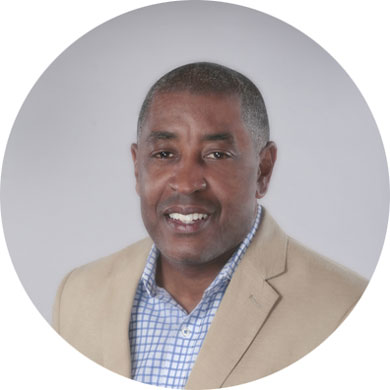 Rahman Khan (pronounced Rock-mon Kon) is a seasoned executive in strategic philanthropy, external affairs, community engagement and diversity and inclusion. He is known for his unique ability to connect with people and execute ideas that benefit the business and the community.

Rahman currently serves as Vice President of Community Impact for Charter Communications, leading its strategic philanthropic and employee engagement programs under the Spectrum brand. In this role, he develops and executes the company’s plans to improve communities by engaging business units, employees, local residents and nonprofits. He and his team recently launched Spectrum Community Assist, a $30 million five year effort to revitalize local community centers and invest in job training programs. He is also the creator of Community Impact Day, a signature event held throughout the year in Spectrum’s service areas.

One of the signature programs that Rahman led and completed in 2020, Spectrum Housing Assist, has garnered significant recognition for its impact including from the State of Connecticut and the Los Angeles City Council. It also received the Workplace Hero Award from the American Red Cross’ Northeast division, the inaugural Social Impact Award presented by industry HR organization C2HR, and the Community Builder Award presented by housing revitalization nonprofit Rebuilding Together.

Previously, Rahman spent 21 years in Charlotte, NC where he worked as Director of Diversity and Inclusion at Time Warner Cable. Prior to this, Rahman founded GoodWorks Media Group, serving as executive producer and host of a TV talk show about giving back to the community, “GoodWorks with Rahman Khan” which aired on PBS station WTVI. He also spearheaded Diversity & Inclusion at Charlotte-Mecklenburg Schools for five years.

Rahman received both his business and graduate education degrees from Florida A&M University, where he also joined Alpha Phi Alpha Fraternity. He is a graduate of NAMIC’s Executive Leadership Development Program, held at University of Virginia’s Darden School of Business. Rahman is also a sought-after speaker, program host and facilitator. Currently, he serves on the boards of the Urban League of Southern Connecticut, and the Association of Corporate Citizenship Professionals (ACCP).